My first experience with client success:

Before becoming a certified Crossinology® Brain Integration Technique (BIT) practitioner, I tutored students with learning challenges. One young man I’d been tutoring for nearly a year struggled to retain math facts. We’d work on them during each session, but the next time it was like we were starting over again. He simply could not remember rote math facts (we were working on multiplication). He also struggled with his reading skills. He could not read out loud at an appropriate speed, so would lose context and comprehension.concept of creating ideas image brain function matters 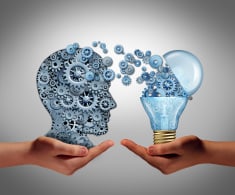 After our first BIT session, he came in for our scheduled tutoring appointment and we repeated the usual process. By the end of the math portion of our session, he had his facts down once again. But at our next session, I was caught off guard. He was able to recall his facts at the beginning of our meeting! This was after only one BIT session. Shortly afterwards I did an assessment, and not only did he test out of multiplication, but out of division as well! We were able to move on to fractions, decimals, and percentages, during which he also progressed steadily. Furthermore, I noticed that he was using more elegant methods to solve math problems so that it took much less time for him to come to a (usually correct) solution. As we progressed in the BIT process, the struggles he had with reading out loud also lessened; he was able to read at an appropriate pace and maintain focus. He was generally calmer, maintained overall focus much better, was more organized, and his handwriting even showed improvement. And to his mother’s delight, his teachers started to report similar positive changes at school. The first was his Special Education teacher, who reported that he had been coming to class each day, sitting down, taking out his work, and getting started on it – all without any prompting or requests to do so!! She also noted that he started making new friends, something else with which he’d always struggled. Having brain integration made a huge difference and facilitated these successes. Tutoring was still very valuable (he needed the extra support to catch up to his peers for all of his skills); a final assessment showed he went from 4th grade math skills to high school-level skills in a matter of weeks. I am a firm believer and want to shout from the rooftop that the blend of brain integration and tutoring at a resource like Dreamcatcher is a powerful combination to help students who struggle. It allows them to overcome their challenges and gives them the ability to progress and to start down a new path to become happy, productive adults! This young man was my first case study as a Crossinology® BIT student. The impact I had on his life was so profound that I decided then and there that I wanted to start a business that incorporated Crossinology® BIT. I continue to be amazed at the changes I see in the people that I help, and take great pleasure in knowing that I’ve improved the quality of life for each one of them.